Yes, here is another offering from the early/love letter days of the CONTEST…

I was not a big fan of sweets when I was a kid. Yes, that should have been the first sign that there might have been a problem with me. Luckily, Cheerios were there to greet me with their bright yellow box and simply delicious toasted oat rings every morning. One of the perks that my six-year old self was aware of was the fact that taking a sip of orange juice after a mouthful of your cereal was not an unpleasant experience like it was with super sweet cereals. On the days when I was looking for a little pizzazz, I had the option to sprinkle a small regulated amount of sugar in my bowl, or sometimes I got lucky and sliced bananas were available.

The year was 1979, and I remember dragging my sleepy-eyed, ten-year old self to the breakfast table at my grandparents' house, only to find a suspiciously familiar, yet different box in front of me. Honey Nut Cheerios? What was that bee doing, and where was my usual? As a kid who did not like change, I experienced some initial panic at the thought that my bright yellow box had been replaced. I was assured that there was just a new variety available. I wanted to like them. I really wanted to, but remained a creature of habit.

I remember sitting around one evening, chatting with my sister, cramming mouthfuls of Frosted Cheerios in our faces. My father walked in and pondered why we weren't eating regular snack food. We really had no interest in chips or pretzels, as we were loving the treat.

Flash forward to the years of my own small children sitting in their high chairs with that first solid food feast of a tray covered in little o's. The smell of Cheerios slowly took over that baby smell. They rolled and traveled to the floor, under the couch cushions, the car seats...everywhere. We were never without a snack, and always had enough to share with new friends as the universal toddler treat.

Now that I am older (as in older than my thirties, but not older than dirt yet), and have been told to watch my cholesterol, I am still reaching for the bright yellow Cheerios box. They are as good as ever plain, or dressed up a little with some berries. As a matter of fact, I am eating a bowl of Cheerios as a snack while I type. Yes, just a bowl of plain dry Cheerios. I fling a few to the dog every now and then. We use them as treats for our small dog whenever he comes inside, or looks particularly pathetic. The vet is impressed that he is not overweight, as is often a problem in small dogs. We decided using Cheerios for snacks has helped. He is currently taking some medication, so I just put half of his pill right through the center of the o, and all is good.

Anyway, I admit to wondering if my beloved cereal was suffering from an identity crisis over the past decade. I also admit to a brief obsession with Team Cheerios. The red and blue box made me really feel like I was trying new things. The Multi-grain Cheerios? I could sit down and eat an entire box by the handful. Yes, that is the problem I currently have-no ability to stop eating Cheerios. I was at a friend's house when I tried the peanut butter ones, but was pretty sure she did not intend for me to sit down and devour the whole box. It took a lot of will power for me to just smile, with my mouth stuffed, and nod agreement to the notion of them being delicious.

I would like to mention that I think the summer commercial with the little girl pouring Cheerios on her father to "help his heart" was adorable. It was a fun look at how a child's mind works, as well as how trusted and recognizable the cereal is. Those were my thoughts when I saw the commercial. While I have truly grown to appreciate the diverse variety that Cheerios provides to the shelf in our pantry, I am impressed by their respect for diversity as well.

My husband is a coupon cutting lunatic, and of course Honey Nut is his favorite variety. Luckily, he does think of me and uses his multi box discount buying power to indulge my multi-grain and plain wants. I have also been joyously ripping those box tops off for over twelve years now, and have found a new crop of elementary school children to share them with.

This writing has made me hungry, so I think it must be time to try mixing up a bowl of Dark Chocolate mixed with Peanut Butter Cheerios. That will be my dry munching snack of choice this evening. Still finding cereal in the couch cushions after all these years!

The One and Only,
Andrea
Blogger at Maybe It’s Just Me

Was my unsinkable love for those floatation device shaped cereal pieces returned? Well, I might have made a tactical error in sending my letter amidst what I am sure was a ton of mail related to a certain ad campaign. It seems that my opinion on the commercial was the main focus of my letter…or could possibly have been the only part that was read, because gosh that was a lengthy piece of literature. 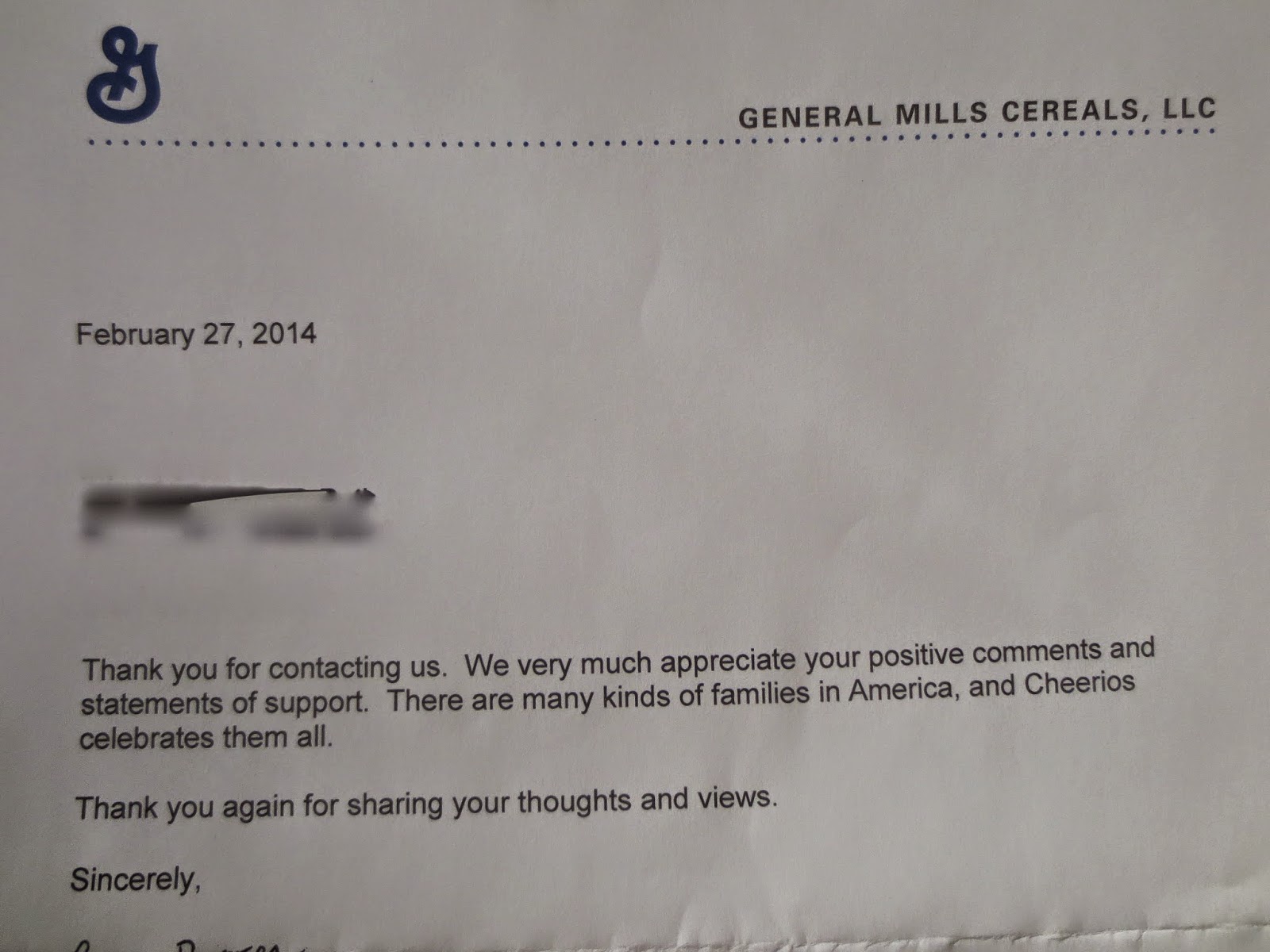 Just curious, do you think if I had located this picture of my daughter from 2001 sooner, and included it with my letter, the response would have been more overwhelming? 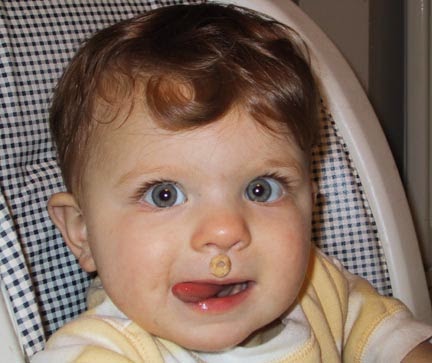 Check out the competition's recent post, I saw the title and thought there'd been a contest-related scandal!
Posted by Andrea at 10:19:00 AM