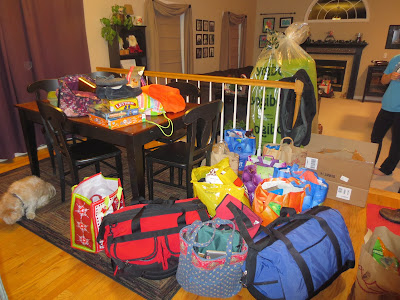 Wishing you a very Merry... 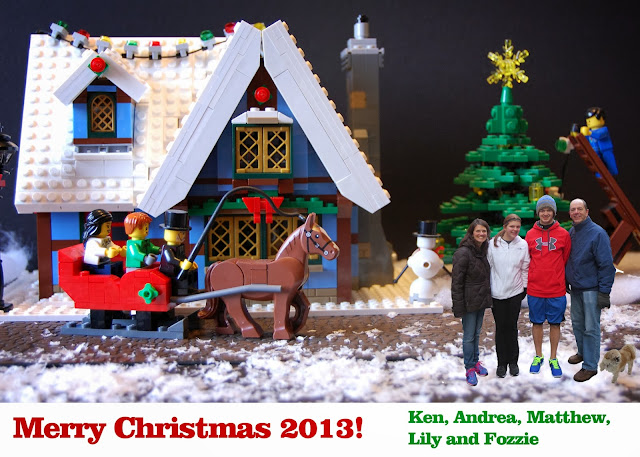 A couple of weeks ago my grandmother began to ponder the idea of sending out Christmas cards this year. She made mention of an age old list of addresses she used to use. In an attempt to deflect the conversation, and an impending search, I told her I would bring over a box of cards I had at home. She mentioned that her writing was not very good anymore, which we had started to notice awhile back. I considered the prospect of addressing the envelopes and having to sign my grandmother’s name inside each card. I was not impressed, so I began to look for some humor in the current situation. Maybe my ninety-one year old grandmother could send out one of those typed up “here’s what I did this year” newsletters. I detected an immediate problem in that my grandmother cannot really remember much of anything these days. The letter might be as informative to her as anyone else reading it. I suppose I would have to generate the correspondence...hmmm...I wonder how that would go…

I hope this letter finds you well, and am actually impressed that it found you at all based on all of the little scraps of paper sprinkled in between the cards of my address file. My granddaughter Andrea is here helping me today. She brought her thing with her that she has sometimes that shows pictures and she can type on it. I thought it was just for cooking information, but she said we could write my letter with it.

Andrea has been hanging around here a lot lately, as have my daughters. I am not convinced that they need to be here so often, as it is not that big of a deal when I misplace my glasses.  They sure have put a lot of holiday decorations out, and the place looks very festive. My Dickens Village doesn’t look anything like the photograph I offered as a display suggestion, but I said it has never looked better. In a similar story, I might have said that the overcooked thumbprint cookies were better than mine ever turned out. A cup of hot tea can make all of the difference.

I have heard some references to groundhogs lately, or maybe it was groundhog’s day? I do see a lot of animals scurrying around in my backyard, so maybe that is what they have seen. I don’t think it is time for that silly groundhog seeing his shadow business, so maybe those girls are just talking about something else I have never heard of before...again.

My decorations look so nice, and I had a great time putting them up. The place has never looked better. There is probably a lot more I could tell you, but it is almost 6:00, and I should be getting ready for bed. Merry Christmas!

Greetings from so many seasons