Some random is better than none...maybe?

We were away for the weekend, and the kids promptly transformed the hotel room into their very own counseling office. Surprisingly, I did not hear my name come up at all during their session. 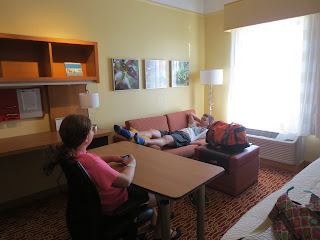 We did not go canoeing, but I did see this sculpture of sorts outside the art gallery. 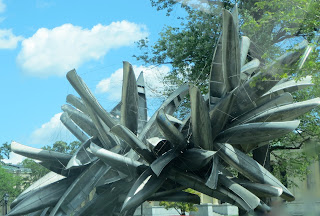 My son casually swinging the car keys as he tries to avoid the sketchy sub sandwich handing out Icee samples, as well as his mother who is trying to get a photo of it. 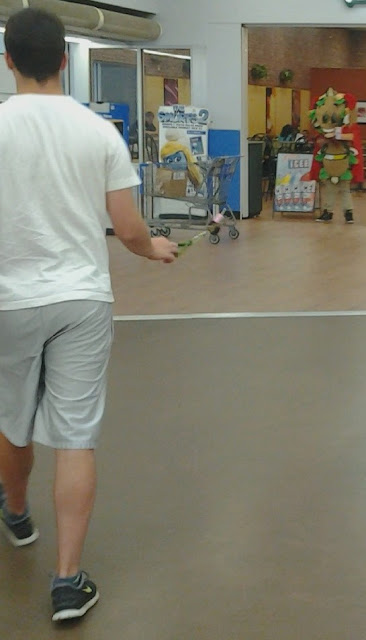 Well, this certainly was a meager offering of random. Would you feel better if I gave you a cake? 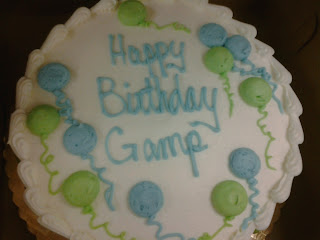 It doesn't matter that your name isn't "Gamp", as I don't think anyone's is since this arrived with the bakery donations at Meals on Wheels this morning. (Poor Gramps?)

I can't leave you like this. How about a little story? What? Only if it has pictures? Well, then it will have to wait...


Stacy is very busy packing up all of her random to take across the country! 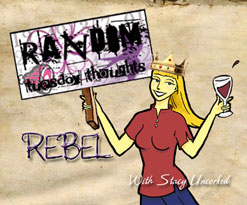