I just dusted off my folder of letters and responses, and picked one that can hopefully help me claw my way to victory in this thing…slow and steady wins the race?

The photograph included with this letter will come as no surprise to those of you who are frequent visitors. Without further ado, let's get some Quazy Quisp!

I realize that to the indiscriminating eye this photo of our cereal shelf look adequate. 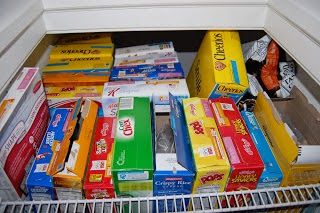 Some may even say that we have an overabundance of offerings, considering that only two out of the four people who live in our house reach for any of these boxes regularly. However, my husband and I each know something is missing.

My husband sits down next to me on the couch every night with a bowl of vitamin and mineral fortified goodness. Every now and then I see his gaze shift off into the distance, and I know where his thoughts have turned to…Quisp cereal. There have only been a couple of occasions in our travels when I have had the opportunity to see the glimmer in his eyes when spotting a box of Quisp on the grocery store shelf. I just confirmed via your online store locator that there is no Quisp available at grocery stores within fifty miles of us. Hopes dashed, fears realized, and disappointment in no quazy energy sinking in.

Now as for myself, I long for the Crunchy Corn Bran. I have seen it here and there at times over the past fifteen years. My step-father and I used to report our sightings to each other, until they sort of faded out. Apparently Target is where we can find those golden yellow boxes. I have to admit that there are a lot of things at Target that distract me from their grocery section, but I will be sure to check the next time I am there.

For now the Quaker is hanging out in our pantry on the boxes of Life, but he is lonely and wants more company. Milk, spoons and bowls at the ready! 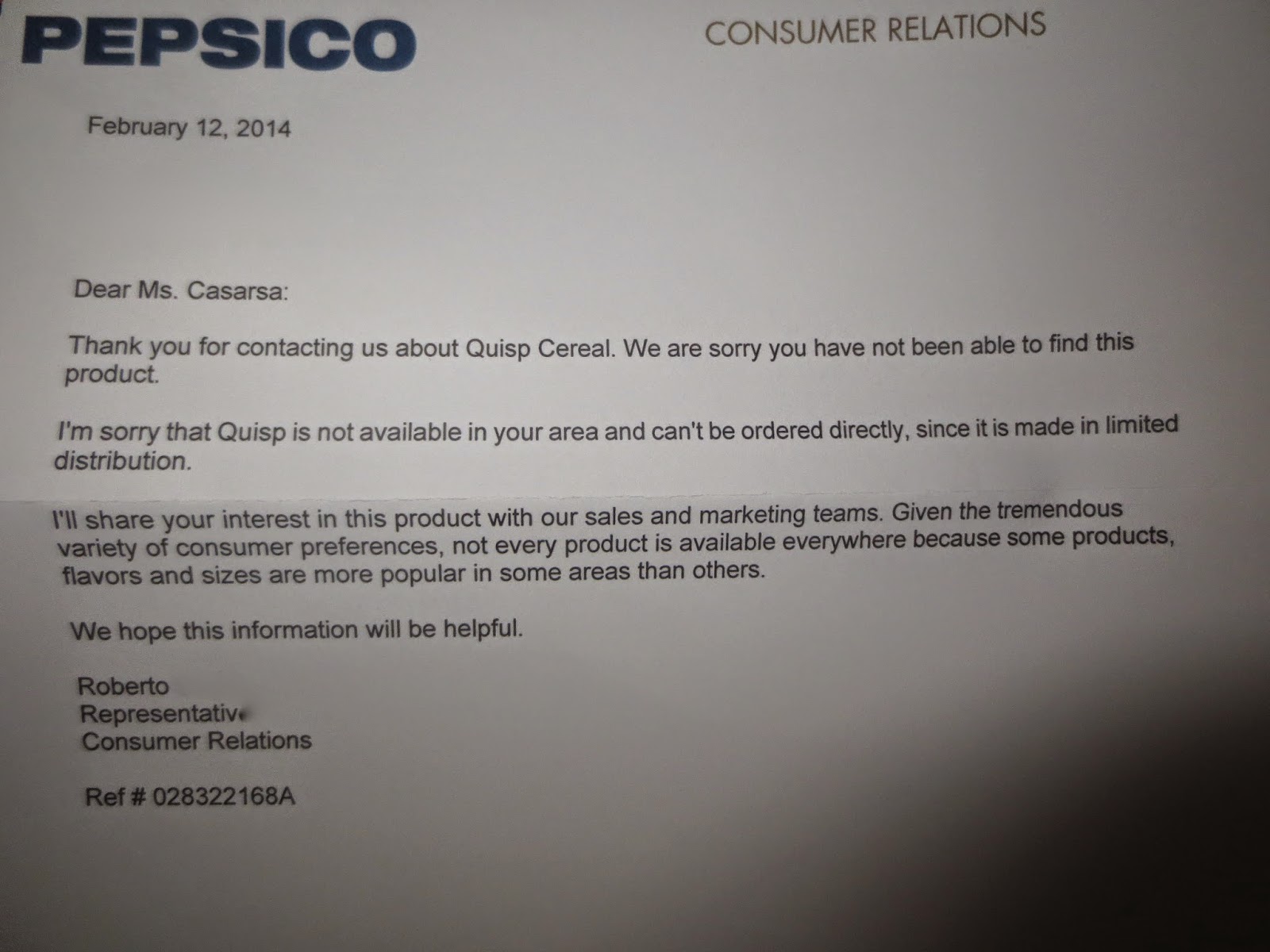 and found…AN ENTIRE ENDCAP DISPLAY OF QUISP! His look of satisfaction made it difficult to reprimand him for not gathering photographic evidence.

I could probably take 25 points for magically having Quisp appear on a local grocery store shelf, but I will just take my two points for the shiny coupon.

Check in to see who the competition is loving this week!
Posted by Andrea at 8:36:00 AM