For a week leading up to Thanksgiving, I was going on about how great it was that there would still be a week of November left after the holiday...Oh how relaxing...Oh the stress that would lift. Apparently I missed the memo that this would mean people would jump out of the gates even sooner with their shopping and decor. My attempt at a fortress of solitude was shattered when I dared to log onto facebook, pick up the phone, or drive down the street and saw just how much progress other folks made while I was off visiting and basking in the joy of my turkey coma and high fructose corn syrup buzz. Sure I have a large bin of gifts that I have been purchasing all along, but they aren't black Friday gifts. I could have had twice as much stuff, whether I needed it or not, for half as much money!

I tried to right the ship yesterday by heading to the mall, and after one less than favorable experience at a store that can remain nameless (as they did fix things several hours later), and three fruitless attempts for a friend of mine to procure a new vacuum cleaner, I was feeling rather glum. My mother stepped in to help me fling some decorations around the house. (I could try to make that sound more pleasant and planful, but I am not sure it really ever is.) When we went into the basement of shame to grab some bins of decorations, we found that whoever put them away last year must have still been reeling from the eggnog. There was no system, no order. It did not take us long to realize that she could not provide much assistance when I couldn't even help myself. I decided picking up the clutter that had no seasonal flair whatsoever might be a better place to start, besides, today would be another day.

Today? I was able to bust out of Meals on Wheels on the early side after assembling thirty-five pounds of meatloaf (and cleaning up the mess that occurred). I drove the thirty minutes to visit my grandmother, spent thirty minutes there getting things set up for Dickens Villagepalooza this weekend, and then the school nurse called to tell me that my son was visiting her for the second time with a lingering headache, sooooo....I drove/sped/twitted the thirty minutes back to get him. He is resting happily in his cushy couch set up watching some inappropriate programming. I finally pried myself off the couch to package up some more ebay items to be shipped out, and figured I would blog for a bit. NaNoWriMo is slipping through my fingertips with 18,500 or so words to go, but this post seemed more along the lines of what I could tackle. Soon, I will go refine my to-do list on the off chance that I actually manage to DO something tomorrow!

This turkey carrot showed up at meals on Wheels last week to wish everyone a Happy Thanksgiving. 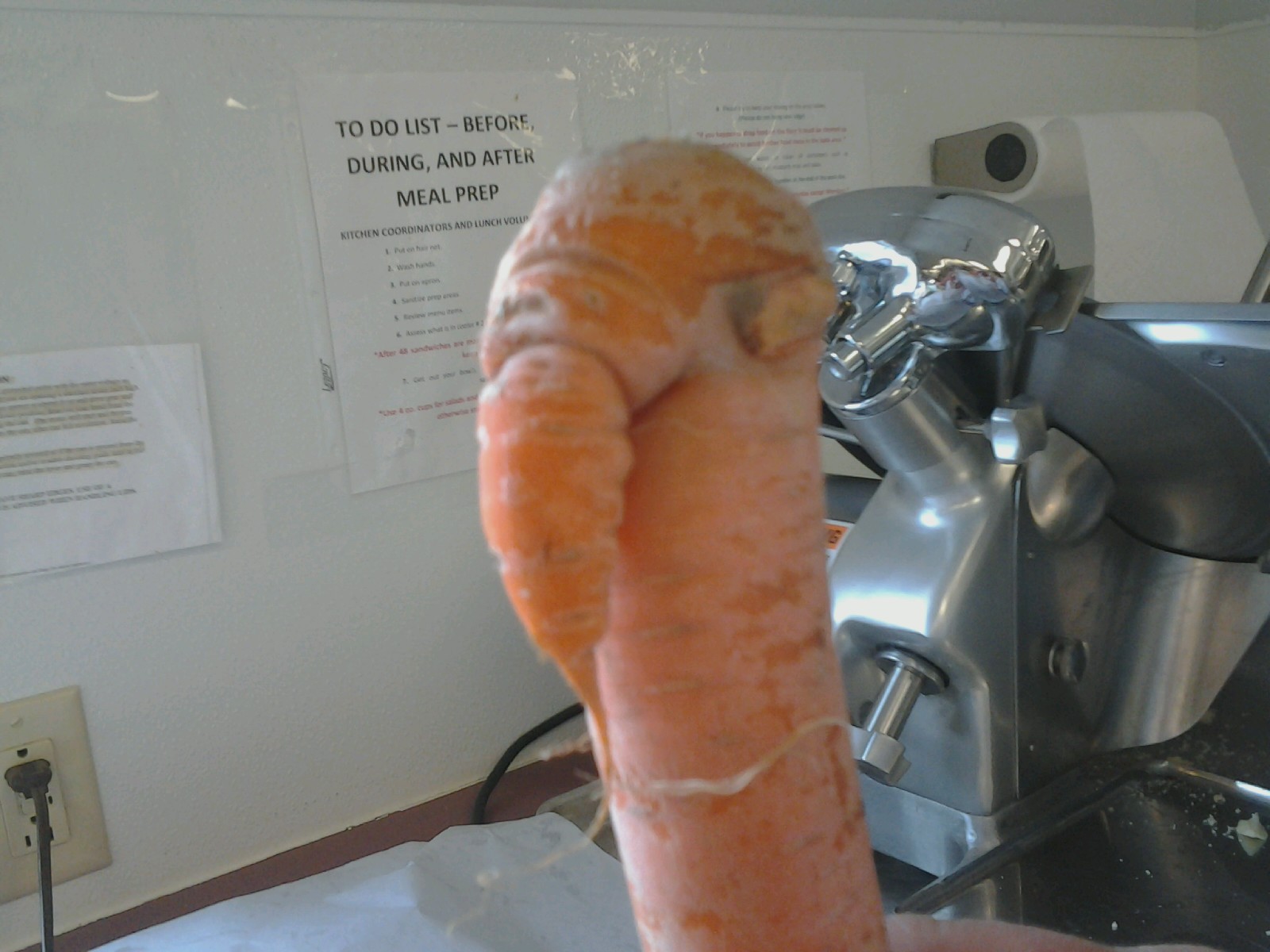 I thought these "spiruls" were a little pricey, but I took a dollar from my "serise bisnise" friend's mother and bought one anyway... 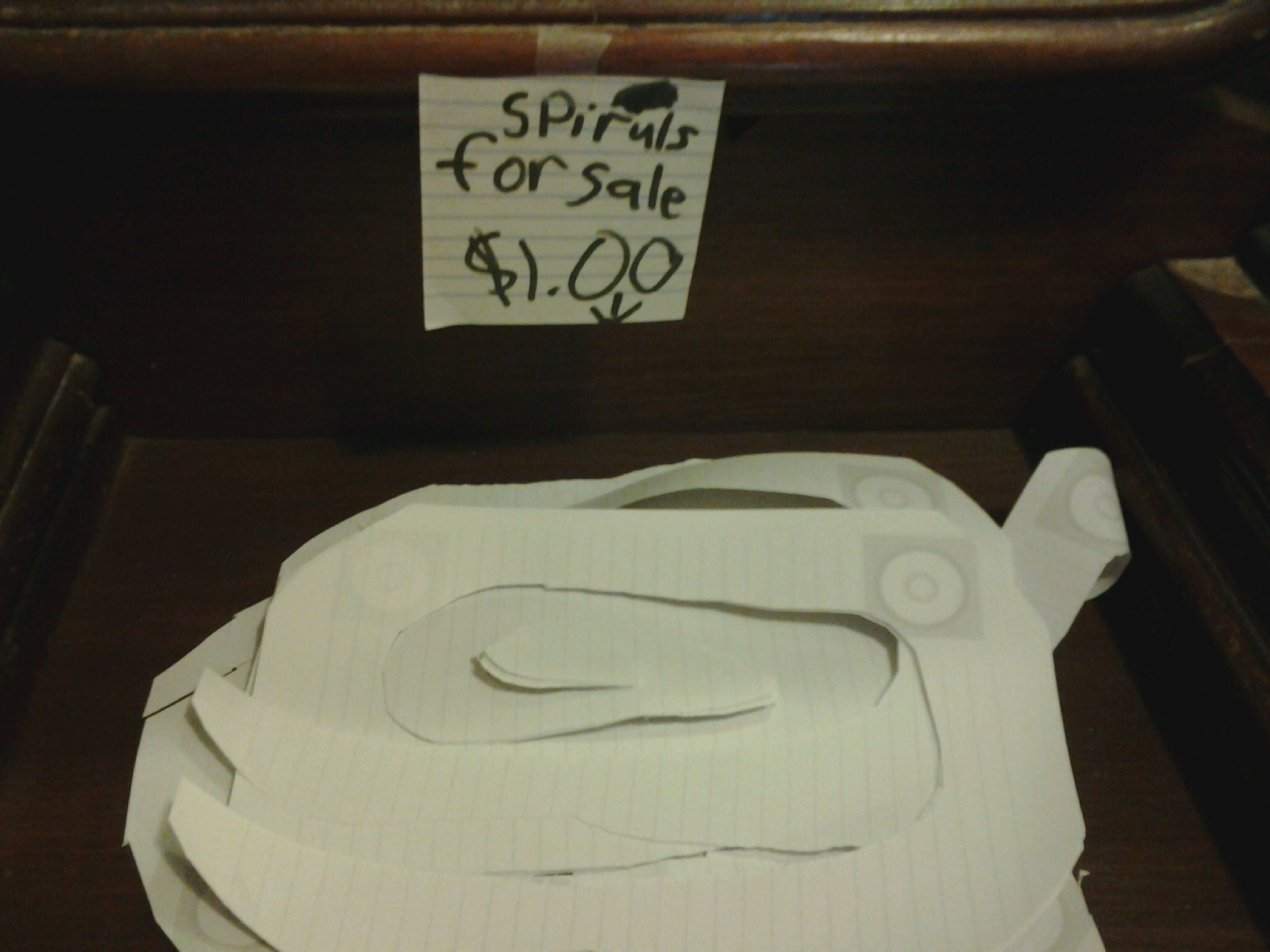 I do love a good gag gift, but I am almost certain I can find a better use for the $15 this gem was selling for. Amanda, this one's for you (I will get you $15 worth of chocolate and tea instead)! 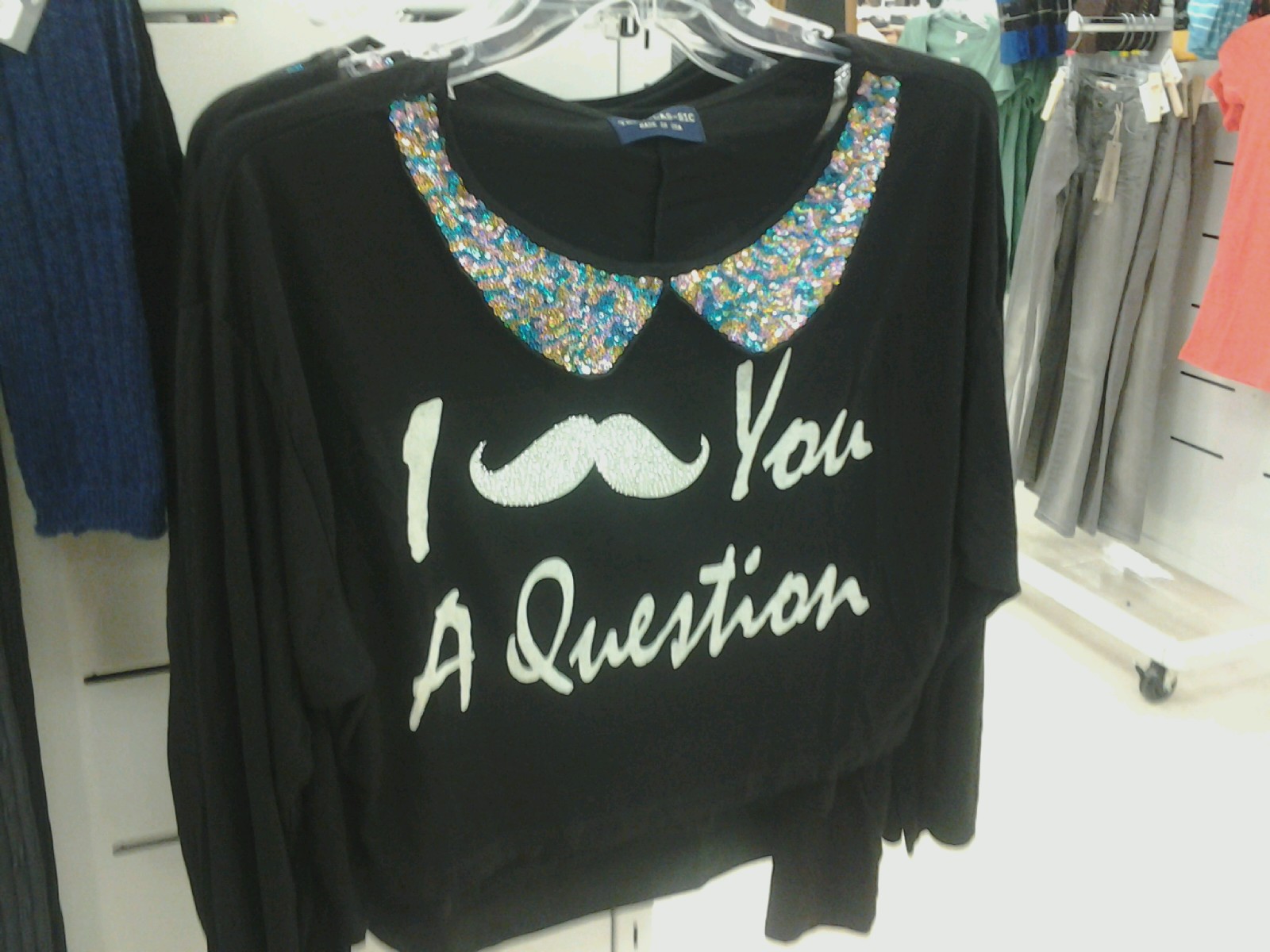 Please note crop cut, sequined collar, and tshirt sentiment on a sweater. On second thought, this might have been a bargain!


You look like you like to read! There is a book coming out in December written by two of my friends...really, they are my friends! Marianne from We Band of Mothers is a hilarious freedom fighter for little people, and we have even sent mail to each other. (That is totally a real friend thing. Gifts were even exchanged!) I have spoken to the always clever MOV from Mother of Brothers on the phone. (More proof of friendship, right?) She was kind enough to give me over an hour of her best self-publishing advice this past spring. (Yeah, when I was so gung-ho to make that happen. I should never give myself such a long timeframe for projects.) Anyway, this is what the book will look like... 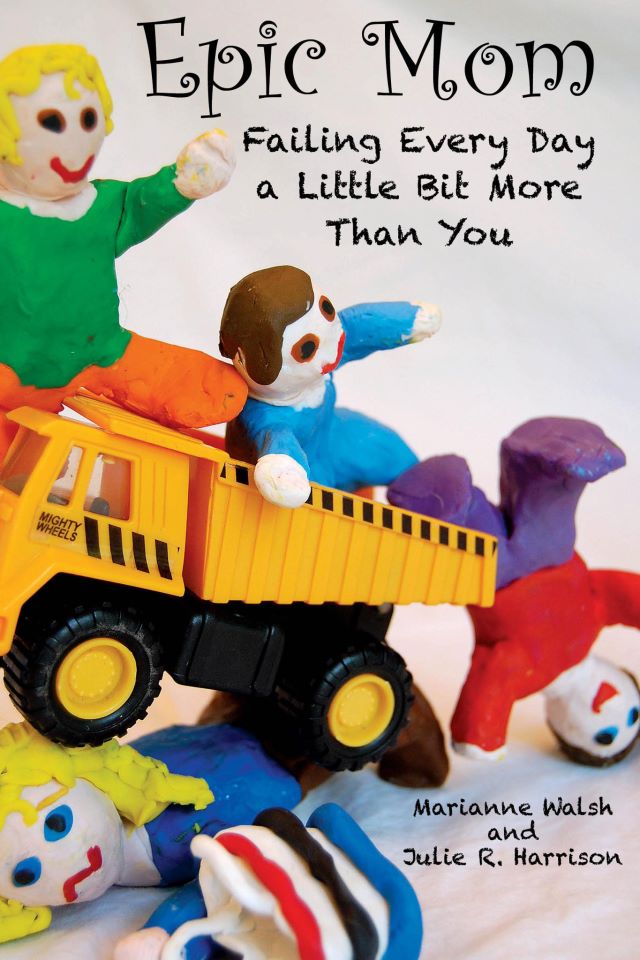 Sounds funny, I know! There is a facebook page you can click here to go "like". For every 100 likes they get, a copy of the book will be given away to one of the likers! Yippee! The contest will end when they reach 1,000 likes. Go help make it happen, please...pretty please.
I am off to string myself in lights and holly!

Stacy is up to her cleavage in stink bugs, so you might want to go check that out!