*I considered making this a series, but that seems like it could be a lot of pressure to commit to doing something here on the blog on a given day each week. (Wink, wink...I'm looking at you Tuesdays, Fridays and Sundays.)

I have many memories of the dining room table at my grandparents' house. In fact, that is where so much of what I remember of my father's parents took place. We were either filling our plates, taking in nourishment from the food and lively conversation, or my cousin and I were lurking around the table hoping to be invited into a round of the card game they called "May I".

Food had this tendency to just magically appear. I don't have much recollection of anyone being tied up in the kitchen, but obviously the musings of my child self could have been distracting. I do remember my grandfather frying up squash flowers, from his garden, with scrambled eggs. The fascination had far more to do with the bright orange color swirling in with those yellow eggs than it did with any interest in sampling the final product. I would try that dish now though. What I wouldn't give to try that now. How about some of those spinach and egg things I never let touch my plate? I bet those were delicious too. Such missed opportunities. This is not to say that I went hungry...ever. The bottomless serving dish of fried chicken cutlets was one of my favorites. Another highlight? The breaded artichokes.

I could never be sure if the artichoke itself contributed anything to the tastiness, or if the leaves just served as a vehicle to transport seasoned breadcrumbs to my face. Pick off a leaf, flip it over and use your teeth to scrape what was delicious into your mouth. Not necessarily fun to watch as an innocent bystander, I am sure, but we all participated and sat with piles of discarded leaves on our plates...happy. Happier still was whoever got to eat my leftover artichoke heart. I'd work my way down to the choke, dabble for a bit with that funny protective looking bristly layer, and then looked for takers. 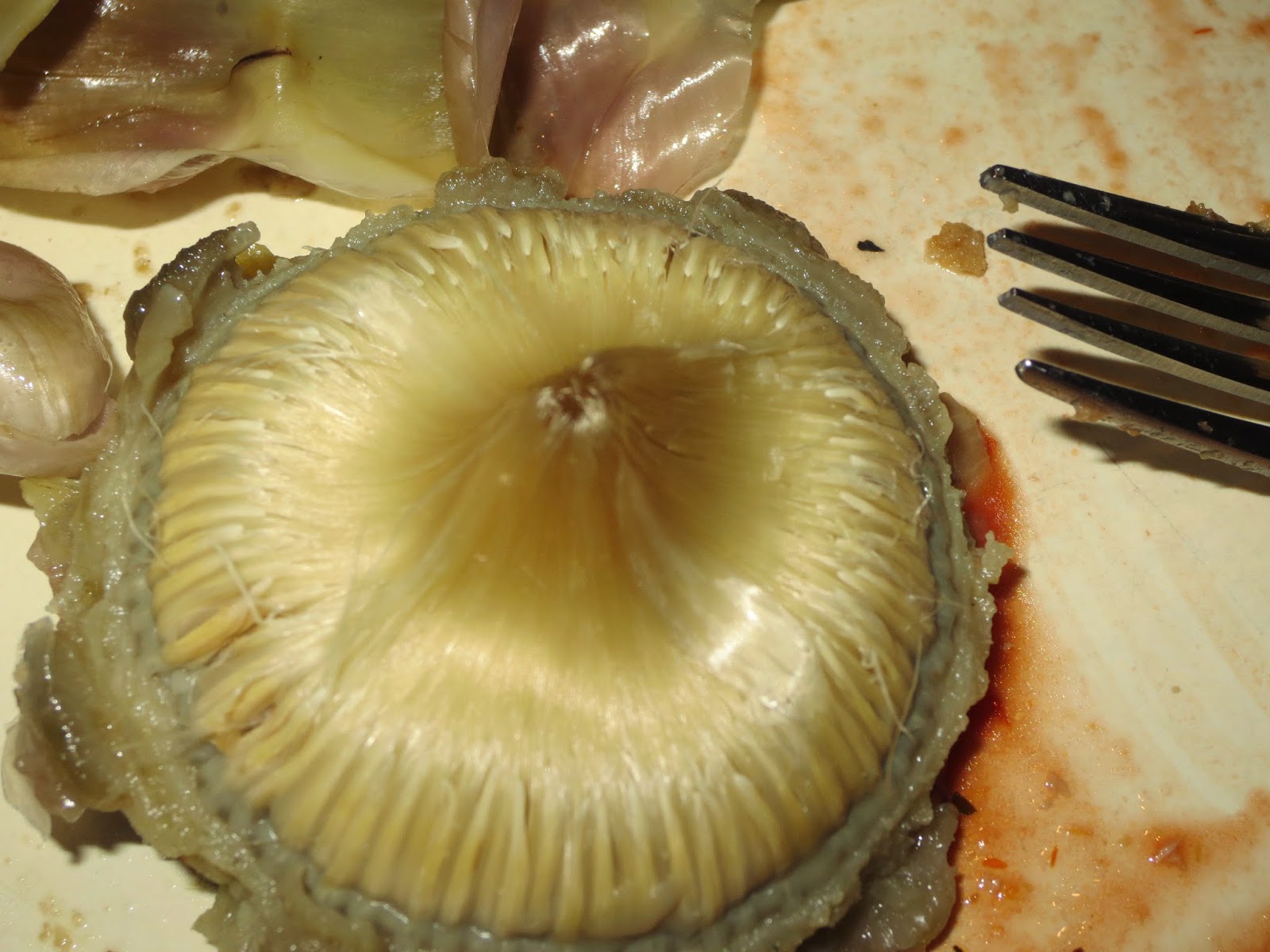 Between my aunts and my father, there was no risk of a heart being wasted. Fond and delicious memories.

Despite my grandmother's long illness, leading up to her passing when I was thirteen, my memories of her rarely involve her hospital bed or oxygen tanks. In my mind she is smiling, laughing and vibrant. There is food and there is love.

Not too long ago, ok actually it was over a year ago, I was talking to my aunt about artichokes. Despite having developed an appreciation for artichoke hearts, in convenient canned form, I realized that I had not had a breaded artichoke in over thirty years. How could it have been so long, but still seem so familiar? I did not realize the recipe had lived on. My father did present me with a sad, but healthy steamed version on one occasion, but there were no crumbs! Little did I know that my aunts were still serving them up Grandma-style, and little had they know how much I missed them.

My aunt started to give me her "recipe". I have mentioned before that I am not really a very good cook, I just happen to be able to follow directions - very specific directions. I was already feeling tense at the thought of picking out a decent fresh artichoke to begin with. "Flatten out the leaves some, but not too much"...uh-oh,  more room for error. This was followed by more measurements that were not precise enough for me to muster up any confidence. I always thought the artichokes came out of the oven, so simmering them on the stove for over an hour was not fitting my vision. My aunt looked at me reassuringly, but she could tell I had my doubts.

I did purchase four fresh artichokes. They looked so foreign sitting there in my vegetable drawer. Hope faded, like their leaves, and I threw them away a few weeks later. I was a bit sad and disappointed, but nobody else here in the house minded, as they had no idea what they were missing.

Months went by and I had put those breaded artichokes back into the fond memories part of my brain. Unbeknownst to me, there were other logistics being worked out between my aunts as I was focused merely on packing the car for our holiday trip downstate. At some point during our visit, my Aunt Bea arrived at my parents' house with a large pot containing her take on my grandmother's artichokes. Oh my goodness! It was difficult to contain my excitement as the memories came flooding back. I was grateful for the love that planned and executed the surprise, and of course the anticipation of devouring this treat. 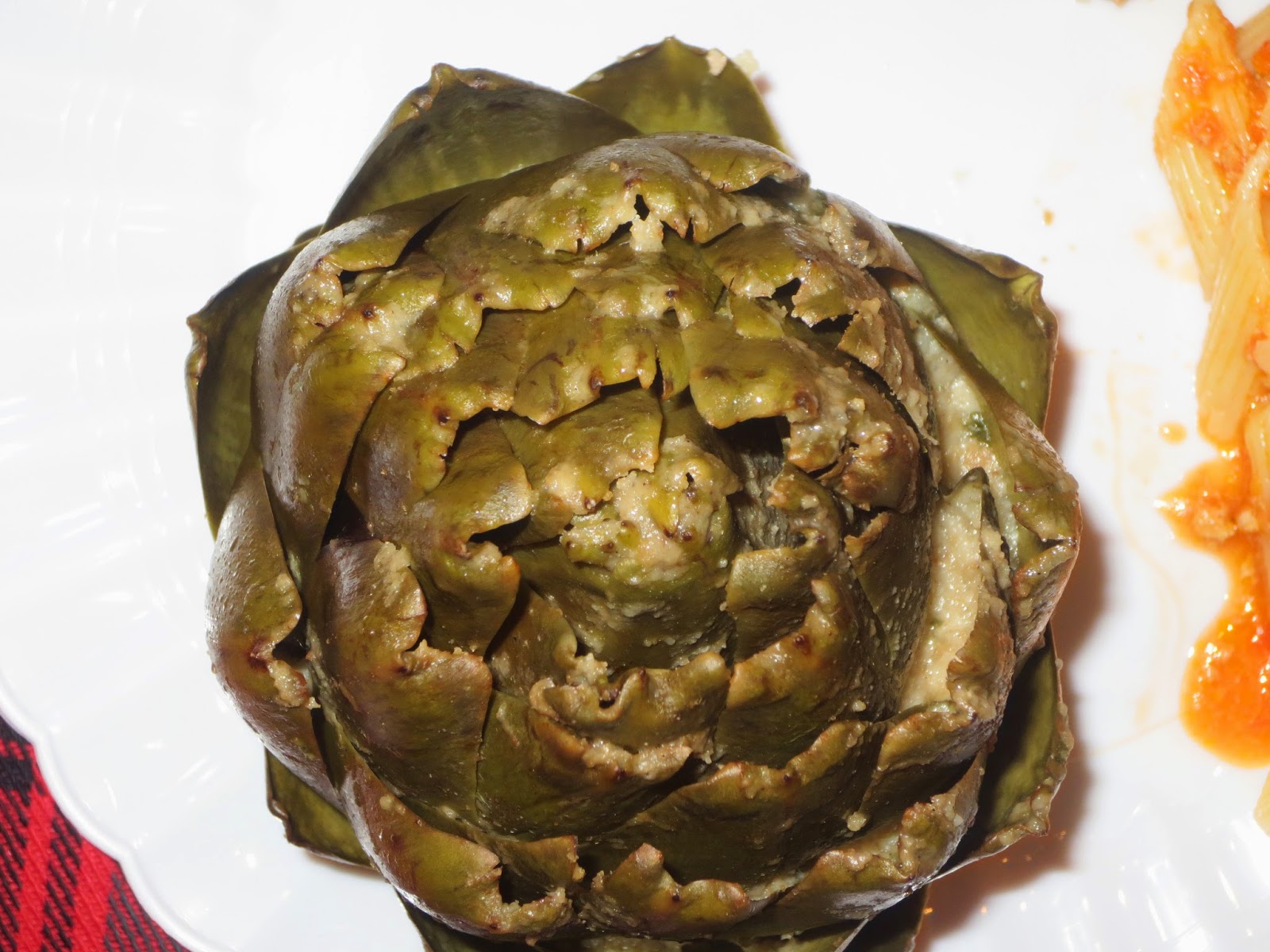 Obviously I shared my gift, because I am super friendly like that, and because I realized to fully enjoy this dish meant I needed company. Plates piled with discarded leaves, lively conversation and laughter. One month later, we happened to be visiting again, the day after my brother won breaded artichoke fixings that my Aunt Fran had put in the Christmas gift swap. She actually ended up making the artichokes for my brother, and he had enough to share. I could not believe my luck. Piles of discarded leaves, lively conversation and laughter. 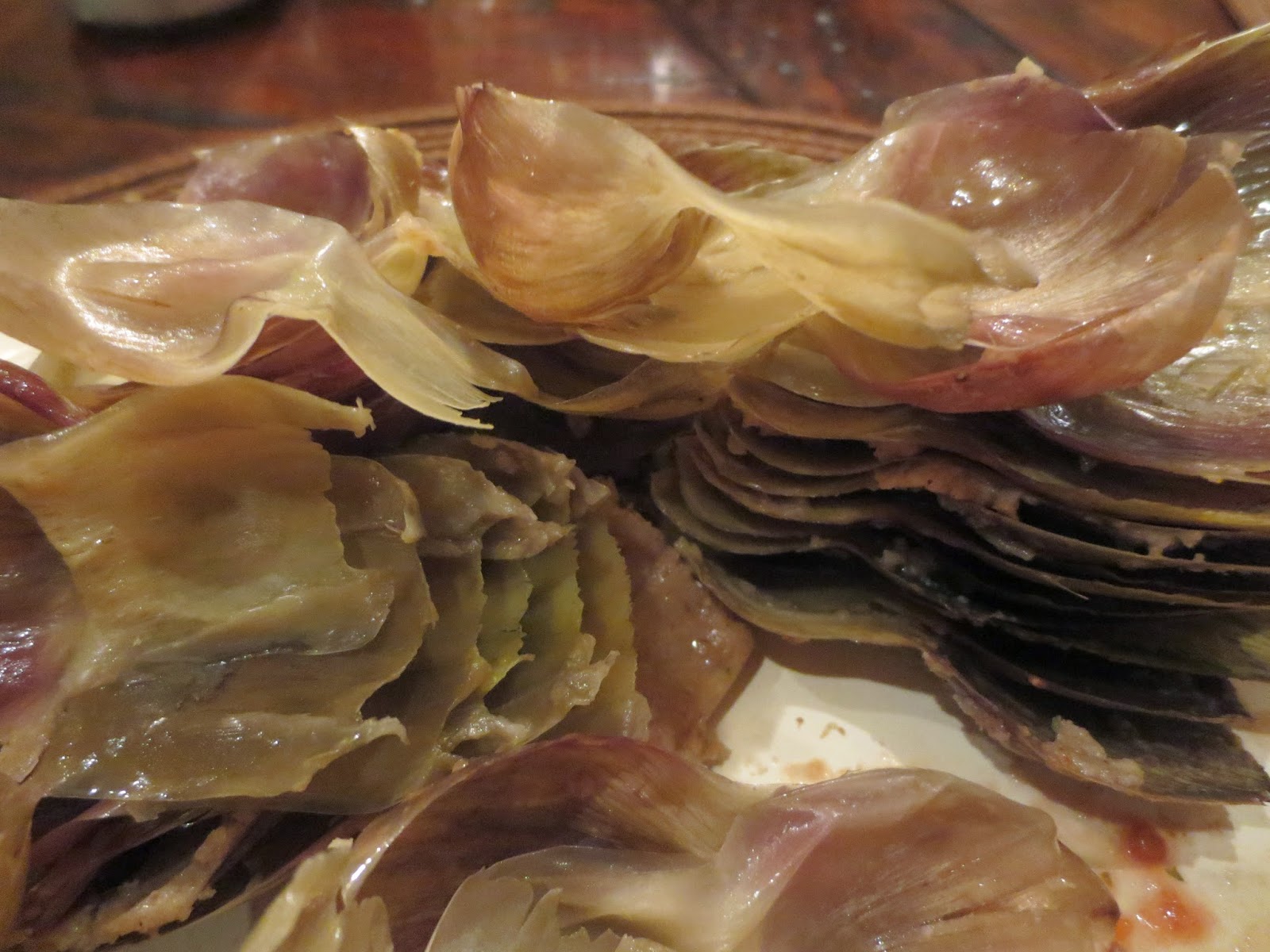 My children walked by, unimpressed, but I did not pressure them to try, as they can have their own fond food memories. I savored each bite, and while I now know that I can revisit that flavor from when I was a kid at the big table, I also respect the fact that sitting in my own kitchen eating an artichoke by myself is not going to completely satisfy me. Artichokes are important, and a group activity.


Aunt Fran and Aunt Bea - Thank you again for warming my belly with food that filled my heart with memories.
Posted by Andrea at 11:37:00 AM