Perhaps you read that our computer was ill. The folks at the genius bar tried a dose of something or other that didn't work. Their next proposed treatment plan was to wipe out the entire hard drive to fix the software...thousands of photos, thousands of words. Yes, we are those people, the ones who did not have a backup hard drive. They told my husband there was no other way.

I collected myself and called the little nearby computer place. I explained all that I knew from what the geniuses had said and asked if there was any hope, and they told me to bring it in. My husband rescued our computer from being damaged produce and delivered it to The Computer Outlet.

I got a call a couple of days later letting me know that our computer had been worked on all day...with NO problems. "Um, you mean it started?" "Yes." "And everything is there?" "Yes."

So pretend this cape is on Jeff, the superhero, from The Computer Outlet on Route 11 in Cicero. Had he not been so patient and helpful on the phone, we'd have let some other alleged genius wipe out our computer's memory...along with many other very precious ones! (And yes, that would be our new external hard drive under the Lego taxi.) 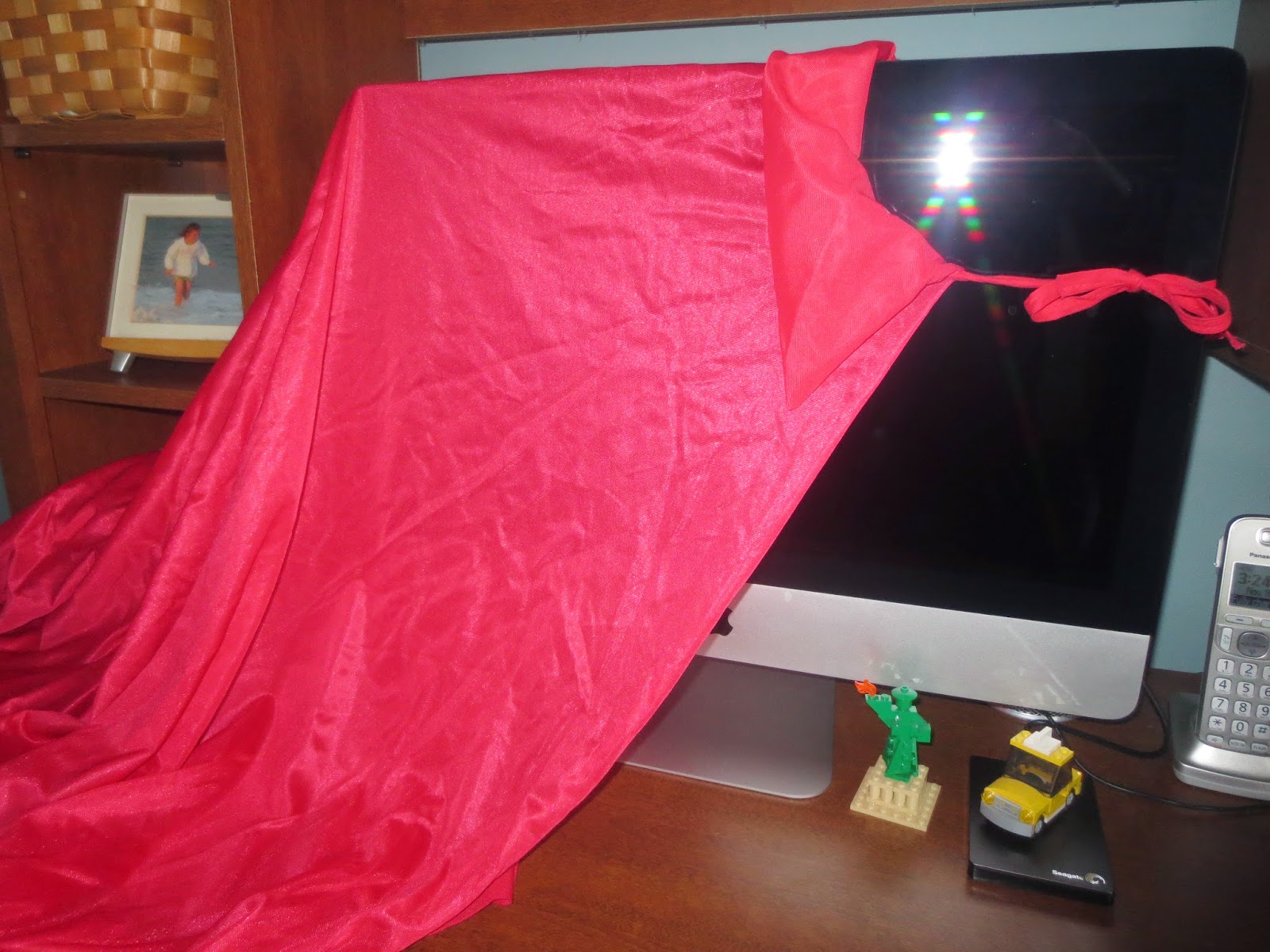