*In honor of the letter s, and its power to pluralize, it seemed wrong to choose just one movie from the series (yet apparently acceptable to leave one out).

We were Shrek junkies from the start. The first soundtrack had it all, or so I thought at the time, having no idea what the next ones would bring. Incredibly fun original songs, as well as great remakes to sing along with. 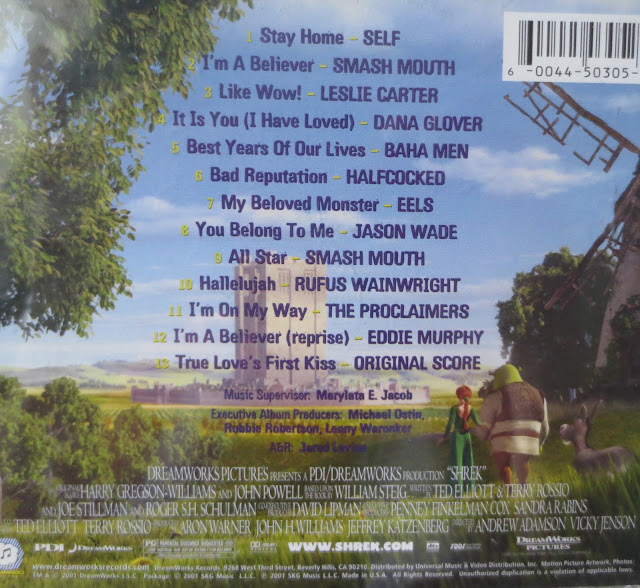 I thought it would be fun this time around to use the movie clips, since I found them! This song worked best when sung loudly, car windows down of course, accompanied by a 3 and 6 year old. Everyone had an important part - Uh-huh, uh-huh, uh-huh, uh-huh...

Shrek 2 brought Counting Crows, Bowie and a really cool song by Dashboard Confessional. We were livin' la vida loca for sure with this in our car. 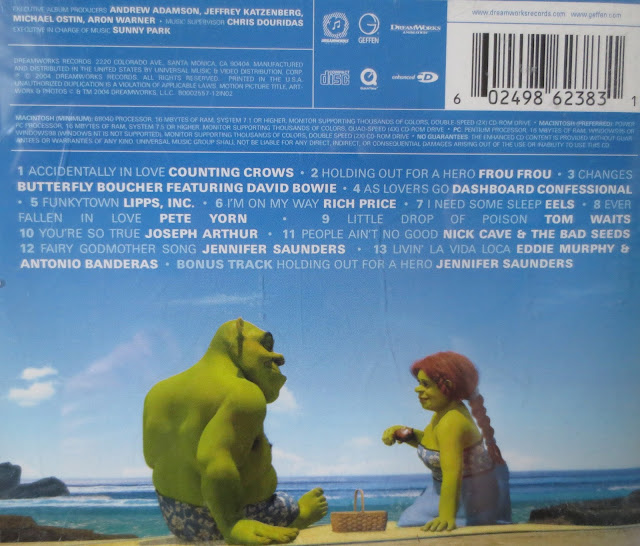 Absolutely putting these back in my car tomorrow! This song makes me grin so hard it hurts, while my eyes fill with tears. Come on, come on!

Then, when it seemed it couldn't get much better - Shrek 3 came with the Ramones, Wings, Fergie with an awesome remake and... 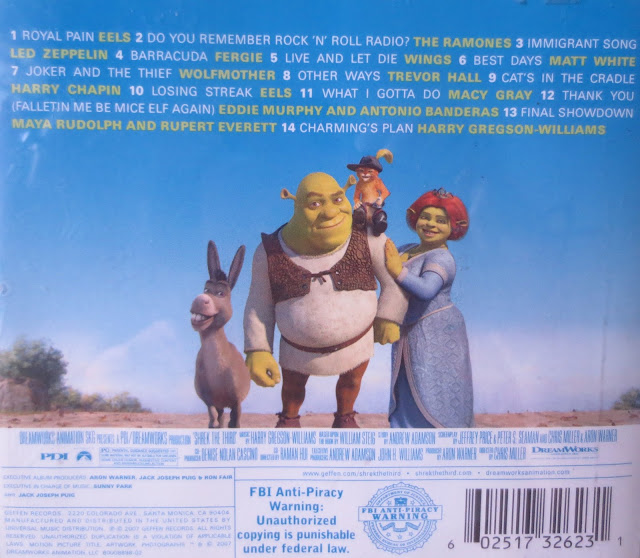 ...Led Zeppelin! One of those bands I knew I wanted my kids to be familiar with, but where and when to start? Thanks Shrek 3!