A few weeks ago I was riding around in the car with my kids, listening to the "oldies" station. My son was quietly singing along to a song I would not necessarily consider to be in the "every teenager knows that one" category. Just as I was about to ask him where he knew the tune from, I realized it was on this soundtrack that I used to play so often when they were little. 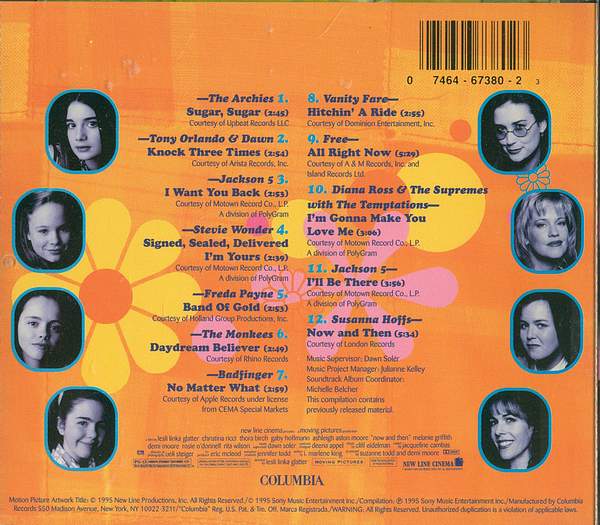 My knee jerk reaction, of course, was to be overcome by the passage of time. Very quickly though I was filled with happiness at the thought that this little piece of something we shared was still there, stuck in the corner of his mind. A little background music softly playing while our story unfolded and children grew...part of the soundtrack.

I have this CD back in my car now and have listened to it three times in the past two days. Of course these songs fill me with nostalgia for my own childhood as well. I loved the stories they told, and that beat that made you need to move, dance and sing. You get three because it is the weekend, so you have more time to spare, and absolutely not because I cannot decide on one!