In 2005, our kids were 5 and 8, totally movie theater ready and interested. They were also big singers, in the way that their mother is, as in not good singers, but very happy ones. This soundtrack was a far cry from "kids' music", and just the kind of stuff we needed in the rotation. 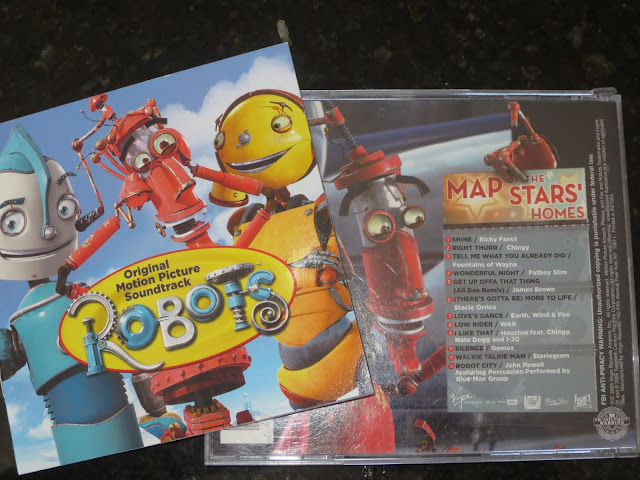 I realize that Chingy's Right Thurr might have been a bit more suggestive than Raffi's songs were, but listening to my five year old girl singing "Don't cha wish your girlfriend was hot like me?" along with the radio at that time, made this alternative seem acceptable. Plus, picturing robots while listening to the music added a decent layer of insulation.

Go ahead and listen to this one, and feel good about yourself!

We were already big Fountains of Wayne fans!


Just in case you haven't seen the movie...


(I don't know what happened to picking one song! Breaking all kinds of silly rules I made for myself now that we are in the final stretch. I might even dip into the m&m's jar more than once today. Chaos!)
Posted by Andrea at 6:39:00 AM