Not only is it the word that you heard, but it is on vinyl - a two record set! As if the songs contained therein were not enough, I treasured the album cover like it was a scrapbook of my very own friends. Rizzo, too cool for school, with that faraway look in her eyes, Danny in his gym outfit, Frenchie with her pink hair, and Sandy, Sandy, Sandy! 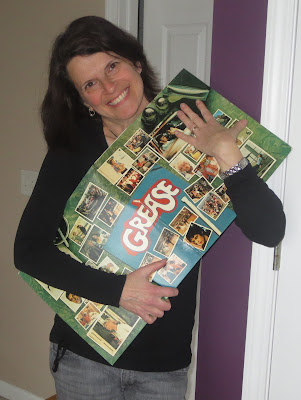 Truth? I got a little bit giddy when I opened the cover just now. Can you tell? Reading each song, thinking it was the best until reading the next title. 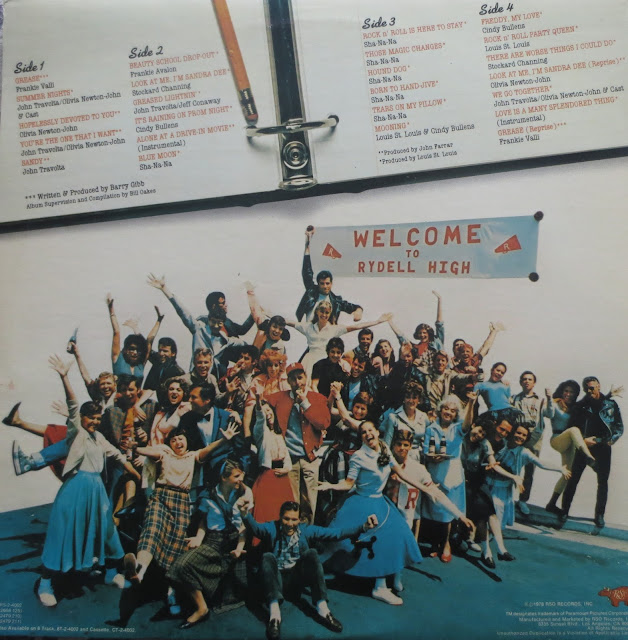 This time it is impossible to separate the soundtrack from the movie. The songs are the movie and vice versa. The main characters' songs were awesome enough, but look at all of that Sha-na-na! Oh, how I loved that show...Bowser, Johnny tearing up while singing Teen Angel, Lennie on sax. (sigh) Back to the movie at hand...It is hard to choose one song to post, so I am going to leave this one up to my nine year old self. I am fairly certain this is the one she'd have picked...
Posted by Andrea at 6:37:00 AM