Tuesday? Is that you?

I was trying to figure out what the appropriate follow up to a slightly inappropriate blog post about tantric bee sex would be. At the risk of being too stumped to ever blog again, I offer you this solitary toad... 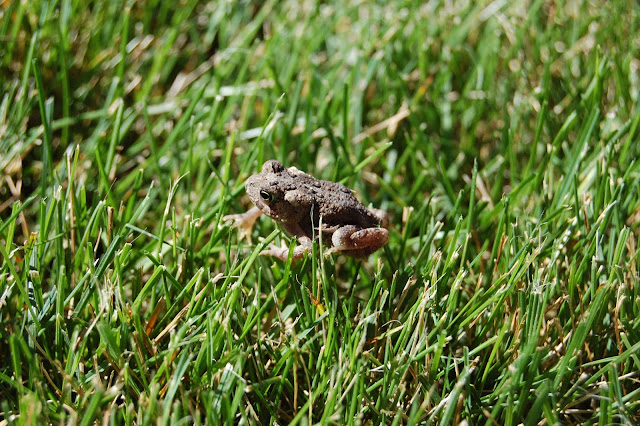 I had all of these visions about how much I was going to blog when the kids went back to school and the schedule I would be on. I forgot one very important piece of information. That being that I don't really like to be at the house when they first head back to school. If I am at home, I tend to putter around somewhat aimlessly, while hoping to give the illusion of productivity. As I was sifting through some photos I realized all of the post ideas I have yet to share. I mean, how come none of you have been clamoring to find out how that garage cleanup went?

Maybe I discovered Candy Crush? Maybe it is distracting? It does keep me out of the candy shack though...wait, this.... 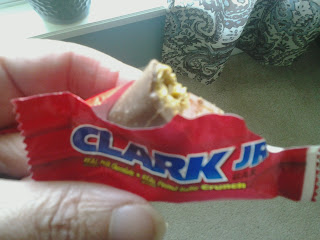 ...totally doesn't count. I was doing a bit of a research piece on the evolution of the Clark bar through the years. They actually have changed the recipe a few times. This one had much more of a molasses flavor than the ones I remember. If I was truly being a candy hound there would be Butterfinger wrappers strewn about indicating a full blown taste-a-palooza! (Note to self: plan candy tasting for November first.)

Just a quick glimpse into why Fozzie hates me this week... 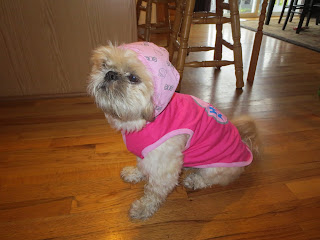 Apparently he is not one of those super cool guy dogs who can pull off a Hello Kitty hoodie. He is calling shenanigans on that whole "real men wear pink" thing (if that even still is a thing).

So I officially have a fifty-year old now. After much consultation with the kids, we went with fifty bags... 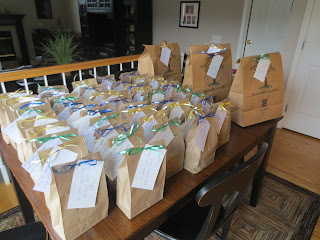 Fifty boxes of cereal, fifty bags of pretzels and fifty pieces of candy, all tied up with fifty index cards highlighting a special thought about the man. 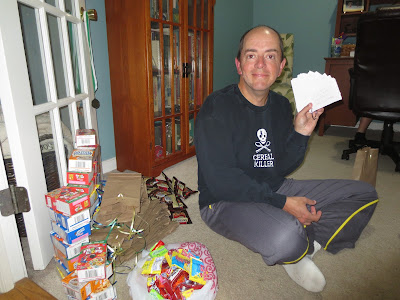 This was his idea of picking his stuff up... 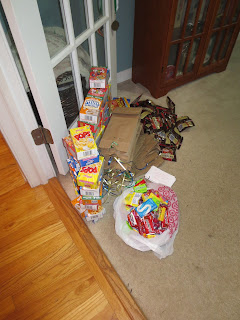 Yes, much better than when it was contained in those bags. Holy crap! I just remembered there are Butterfingers in there somewhere! (Strictly for research should they be torn open.)

I love this letter that came home from the junior high orchestra teacher. Check out the "Please Note" part regarding the color white. 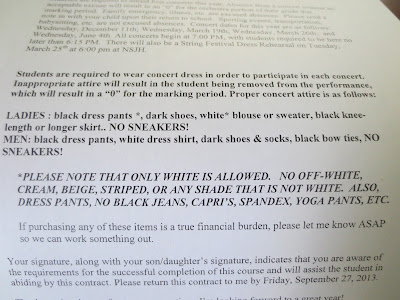 I have been to enough concerts to know that she really did need to spell this one out to get her desired effect.

When my son sent me a text requesting cut out cookies for his friend's mom, well she is my friend too, I was inspired enough to make them... 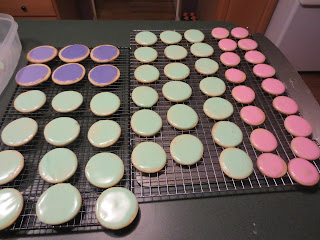 ...but not inspired enough to get fancy. It was too early for leaves, or at least that is the excuse I went with.


The hostess with the mostess has returned!!