Here it is...week 52!
It has been so much fun, for the past year, to always have "what's making me happy" in the back of my mind. Each week I reflected on what had gone on, then had to see what I managed to take pictures of. There was always happiness, and there were always pictures, and sometimes the two things even coincided. 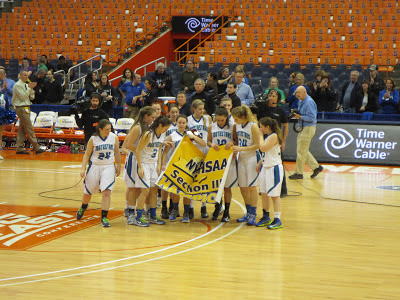 It made me so happy to get to enjoy the game with my family and our friends (they have a daughter, who is a senior this year, on the team). The game was a nailbiter for the first half with only four points separating the teams at halftime. I admit to being kind of happy that nobody in our house was on that court as my friend commented on her upset stomach. The second half was a bit different, and the team won by 29 points in the end! 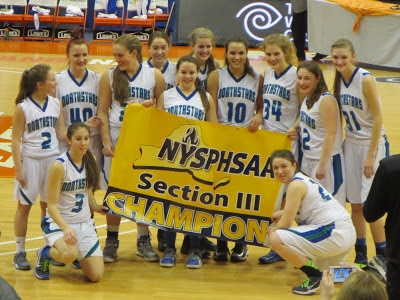 It was a fantastic season of games, and the four of us had something we enjoyed doing together that broke up some of the winter cabin fever. Regionals are this weekend! Go Stars!

Perhaps you remember last year when the team won the state Federation title, and the coach followed through on his word and let the girls give him a reverse mohawk? Well I couldn't help but notice that he shaved his hair pretty short a couple of weeks ago.


Thank you to Leigh at Leigh vs. Laundry for hosting such a fun year of smiles!